Wind drove women in the sod houses on the plains mad. Even mad enough to take their own lives.

“OOOOk-lahoma, where the wind comes sweepin’ down the plain,” per Oscar Hammerstein II.

Pilots learn to take off in the wind in Great Falls, MT, the windiest city in America according to a former aircraft controller I know. If they master that wind, they can handle any.

The wind buffets our small RV south of Tucson, where the scream of jets from either the U.S. Navy or the Air National Guard bombard the skies … and our ears.

“Just outside the park’s eastern boundary, in Browning, Montana in 1916, the temperature dropped from 46 degrees F to –56 degrees in 24 hours—that’s 100 degrees in a day!” per the National Park Service. I taught in Browning for three years. The wind was a constant presence, a tailwind going to work and an obstacle getting home.

Once, going home, I saw several railroad cars littering the grass where the wind had pushed them off the track.

Wind wind up and send it on its way, and it becomes a targeted, if random, destructive force as great as any other natural disaster.

There is no reckoning without wind in the West. According to Paint Your Wagon, “They call the wind Mariah.”

And yet, wind is made up of air, the very essence of life. “And the Lord God formed man of the dust of the ground, and breathed into his nostrils the breath of life; and man became a living soul.”

Wind blows seeds from one part of the globe to another and is responsible for much of the changes of weather we experience. We’re learning to harness it to provide the energy we all depend upon. Great wind farms crest the high points of the western landscape, capturing nature’s gift, but having their own destructive nature.

Nothing, it appears, is totally without a price. Nor are many things wholly good or evil. 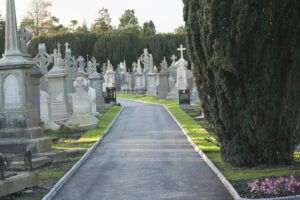 Hope for the Future — Working Together
American Freedom and Romance