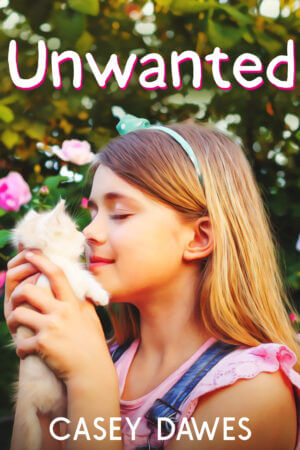 Eleven-year-old Alex is shipped off to her grandparents … again. Will she ever find a place to call home?

With her father in jail and her mother in a drug rehab program, Alex goes to stay at her grandparents’ dairy farm in Billings, Montana. Her parents don’t want her. So, she has to do everything she can to make her grandparents keep her.

She collects the eggs from the chickens early every morning and does the best she can in school. But a new tragedy strikes, and she isn’t sure what will happen. Will her grandmother sell the farm? Will her mother demand she come back to Denver? Will she ever feel safe and secure? Or even happy?

This 4th grade chapter book will appeal to students and teachers who enjoy exploring real-life challenges that ultimately lead to a happy ending.

Teachers, to get a list of story questions, click here. The book is available through Ingram as well.

Get yours at your favorite online or local bookstore:

When I was sent to my grandparents for the third time in my short, eleven-year life, I planned to stay forever. My parents didn’t love me. They’d never really wanted me. I was an “accident.”

Grandpa and Grandma were better at pretending they wanted me around. Enough so that I could feel safe. I knew when I got off the plane from Denver in Billings, someone would be waiting for me. When I saw them both, something felt like it jumped inside me. Maybe hope? Hope that I was wrong?

“Grandma! Grandpa!” I yelled, running to them and flinging my arms around them. Quickly, they squeezed me inside their arms.

“Our little girl is getting so tall,” Grandma said.

“She takes after her father,” Grandpa said.

“Looks like,” Grandma said, “Her mother’s such a bitty thing.” She stopped hugging me and looked down. “Sorry to hear about her.”

Grandma had never been a big fan of my mother.

“Well, let’s get her luggage and go,” Grandpa said, ruffling my hair.

I immediately smoothed it back down. Really. I was getting too old for that.

“Good to see you, Alexandra.”

He refused to use my nickname, Alex. He said Alex was a boy’s name and he had a granddaughter.

He was a little old-fashioned.

I followed them down the long hallway to the escalator, dragging my mom’s old carryon bag behind me. It had a broken wheel and made squeaking noises as it rolled behind me on the polished floor. Good thing I didn’t really know anyone in Billings.

Wonder if he still lived in Billings. He’d been my friend since we were kids. My whole family used to come to stay at the dairy farm every summer, up until things got bad. Well, they’d already been bad. When I was eight, they got worse.

“We have to get her registered for school,” Grandpa said loud enough so I could her him.

“There’ll be plenty of time to do that Monday,” Grandma said. “Let’s get her settled. Poor thing. She’s had a rough time.”

They’d always spoken about me like I wasn’t there. Dad said it was because they spent so much time with each other. It was hard for them to notice there was someone else in the room.

As we rode down the escalator, light streamed in through huge plate-glass windows, and brightened the polished wooden beams that hovered over everything. Trailing behind my grandparents, I took a detour to my favorite exhibit: ZooMontana.

The exhibit had a group of animals arranged in a natural way. I knew from past experience that they had only used animals that had been accidentally killed. I was totally against hurting any animal for an exhibit. A golden eagle eyed a tiny gray mouse, while an owl peaked out from its hole in a tree. He probably wanted the same mouse for dinner. Behind a fallen log, the snout of a wolverine revealed him. The pretend water held a pair of otters.

The zoo. That was home. I went to the one in Denver as often as I could persuade my parents, my friends’ parents, or a babysitter to take me. I was a member there and read everything there was about the zoo. Someday I’d work in one. I just knew it.

With a sigh, I turned away. It wouldn’t be too hard to convince Grandma to take me to the zoo. Grandpa always said he had enough animals already to take care of without seeing any more.

“There are her bags, dear,” Grandma said as I got to the baggage carousel. Grandpa grabbed them.

“Do you think she’s hungry?” she asked.

“She used to like pizza. Maybe she still does. You should ask her.”

I didn’t wait because I suddenly realized I was starving. “I still like pizza,” I said. “Can we stop on the way home?”

“Do we have time?” Grandma asked.

Grandpa checked his watch and nodded.

I followed them out into the bright sun.


“I finished Unwanted this afternoon and loved it! I cared about and liked each of the characters. You do a great job with the Montana dialect in your dialog. The conflicts were believable and solutions realistic.” ~ Lisa Brennan, Montana school children’s librarian