These two people play their story against the backdrop of Montana. I’ve always felt that the world of a book is an important element of any novel, whether that setting is based in a real place, like Costanoa in my California series, or a fictional town like Sheryl Wood’s Chesapeake Bay. We learn to know these towns and have certain expectations of the people who live there.

People think of Montana as a single place and culture, but that’s not totally the truth. People living in the eastern part of the state are used to open land–the big sky. Put them in the western mountains, or worse, a major city like New York, and they begin to fret.

The opposite is true. Sometimes people from the western part of the state don’t understand how people can live on the plains, with its almost constant wind, sometimes flailing at them with gale force. (I’ve had trouble closing a car door in Great Falls, the wind was so fierce.)

In the new book, Montana itself is a character, pitting the open range 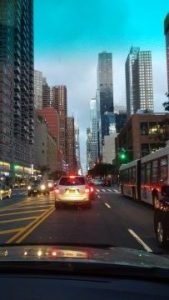 against the confines of Missoula and New York, the sometimes harsh climate against the easier living of an upper class city section.

I don’t know about you, but I love to travel, and I’ve been fortunate to be able to do it most of my life. In a few weeks we’re going to take a trip through a part of Montana we haven’t seen in depth, on roads we’ve never traveled together. It’s our adventure!

Where are you traveling this summer? How will it impact your life? Or will you be heading back to the same place with the same people–often the choice of young couples with children.