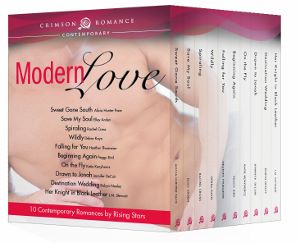 When love calls, it’s rarely easy but always memorable, and definitely worth turning the pages. Recapture the thrill, the delicious anticipation of finding your happily ever after in these 10 unforgettable, hot stories by some of today’s brightest names:

Wildly by Debra Kayn
Shauna Marino left Cottage Grove, California an innocent teenager, gangly, wild and with no fashion sense, always diving headfirst into whatever feelings ruled the moment. Now, she’s back to fix her mistakes. She’s gained a respectable job, set a plan in motion to benefit the town, and all that’s left is to prove to Grayson Schyler she’s changed. Maybe this time, he won’t tell her no when she shows up naked and asks him to make her a woman.

Grayson Schyler, former Wimbledon champion, would’ve recognized Shauna anywhere. She’s made his life sweeter one moment, and hell the next. As someone in the public eye, he’d gone to great strains not to allow the media to misread their relationship, which wasn’t always easy when Shauna was around. Now she’s back, asking for his help, and all he can think about is if she came back to make him pay for what he’d done.

On the Fly by Katie Kenyhercz

Jacey Vaughn has a newly minted MBA when her father dies unexpectedly and leaves her his NHL team. Well-versed in business but not so much in hockey, Jacey navigates this new world with a few stumbles. She definitely doesn’t plan on falling for the team captain. At the first hint of scandal, a local Las Vegas reporter latches on, and Jacey finds herself in the newspaper with headlines that hurt instead of help. Jacey’s determined to keep her father’s legacy alive and make the team successful, but while she has no problem denying her feelings to the media, she can’t lie to herself.

Carter Phlynn has known nothing but hockey his entire life. Drafted into the NHL at age eighteen, winning the Stanley Cup is all he’s ever wanted. Nothing has ever disrupted his focus. Not until he meets his new boss. Jacey gets under his skin like no one else, and while dating the team owner would be a disaster for his career and reputation, he can’t get her out of his head. Carter has never had a relationship last more than a month, but the more he’s around Jacey, the more he can’t picture his future without her.

Her Knight in Black Leather by JM Stewart

Cat Edwards has spent her life playing the wallflower in an effort to escape the repressive weight of her mother’s tarnished name. Dragged to a bar by her best friend in an effort to forget a broken heart, the shy bookworm is determined to be someone else for the night, but quickly gets in over her head. She discovers chivalry isn’t dead after all when a mysterious stranger comes to her rescue. He’s wearing black leather and a mischievous smile that promises to be exactly what she needs.

When his terminally ill father suffers a setback, Michael Brant returns to the town he swore ten years ago he’d never return to. He’s come back this time determined to make peace with the past, but being home brings up memories he doesn’t want to remember anymore. His first night in town, he’s captured by a damsel in distress. Cat’s beauty is made all the more alluring when he realizes she has no idea who he is. He can’t resist spending a single night in her arms. With her, he’s only a man, disconnected from his family’s name and the past that haunts him here.

As the town erupts with the news of his return, Michael’s dark past comes back to haunt him, putting Cat in danger. Someone is threatening her life and the life of her family. Desperate to keep history from repeating itself, Michael offers her his family’s name in order to keep her safe. When the lie spirals beyond their control, can they stop their hearts from becoming entangled as well?

Blue-blooded Amelia “Amy” Astor was a champion, America’s sweetheart, and on track to give the US Olympic medal glory before she gave it all up to join skating’s equivalent of the circus. Now she’s a professional princess, the lead in Enchanted Ice. But in an industry that values young, cheap, and healthy, her age, salary, and injuries are a liability.

So when she’s offered a job teaching Hollywood heartthrob Shane Marx to skate for a role in a hockey film, she leaps at the opportunity. Maybe with the right kind of exposure, she can survive one more season and put off decisions about her future a little longer. If she invites the wrong kind of exposure …well, there’s that pesky morals clause waiting in the wings.

Shane Marx traded his boy band dance moves in TruAchord for acting lessons years ago. His blond, blue-eyed gorgeousness makes him the most sought after romantic comedy lead in the movie industry. But lately his clean-cut image has been tarnished by one sex scandal after another.

When America’s ice princess meets Hollywood’s hottest leading man, what could go wrong? Inside that sequined costume is a woman of steely determination who has conquered many of her demons. And beneath his sinfully attractive exterior, Shane Marx is a man still battling his.

When Liz Fairchild’s husband leaves her for a younger man, she decides it’s time to start over. So she sells her house, takes her generous community property settlement and opens an art gallery in the Pearl District in Portland, Oregon. A little sweat equity, some interesting art to exhibit, assistance from a surprising source and she’s ready to open.

Enter Collins, an up and coming sculptor who also happens to be young, sexy and determined to bulldoze his way into Liz’s gallery, her life and her bedroom. He succeeds on all levels. His art is a hit in her gallery; his “to do” list for the bedroom eye-opening and his attention to her like nothing she’s ever known.

But something isn’t quite right. He disappears for hours at a time, returning from “business” looking unhappy and acting withdrawn. What’s he keeping from Liz? Is it another woman? Another gallery? A family?

And does she want to get closer to this man or run as fast as she can to keep herself from being hurt?

Falling for You by Heather Thurmeier

Newly single Cassidy Quinn is thrilled to be a contestant on the new reality dating show The One. But her excitement turns to horror when the gorgeous bachelor turns out to be her ex-boyfriend. Seeing Brad again makes Cassidy realize she might not be as “over him” as she thought-and then she meets hunky cameraman Evan Burke. After watching his brother lose his wife in a tragic accident, Evan vows never to fall in love. But following Cassidy around as her personal cameraman makes him question his decision, and resisting her gets harder with every sunbathing, bikini-wearing day.

Cassidy and Evan begin a forbidden affair while her ex-boyfriend tries to win her heart back one groping, awkward moment at a time. If Cassidy can manage to stop falling off horses (literally), stop falling onto her ex-boyfriend, the bachelor (yes, literally), and stop falling in love with backstage playboy Evan, she might still make it through the show without becoming a tabloid sensation. But soon Cassidy must choose between the ex who broke her heart and the cameraman who might never love her back. For Cassidy, this reality show just got real.

Drawn to Jonah by Jennifer DeCuir

Quinn Baker followed her dreams of becoming an artist to New York City. But one failed marriage later and she realizes she has nothing to show for her fancy life in the city but a diploma she’s done absolutely nothing with.

Now with news of her grandmother’s death, Quinn heads back home to reconnect with the only family she has left, her sister, and figure out what she is supposed to be doing with her life. She finds an ally in handyman Jonah Goodwin. The widower asks an intriguing favor—teach him to read. The more time Quinn spends with Jonah and his adorable little daughter, Lily, the more she begins to rediscover herself, her passion for her drawing, and her longing for a child and a family of her own.

Illiteracy has kept Jonah from forging friendships and building a career his daughter could be proud of. Hiding his secret has always been a full time job. Yet something about Quinn inspires trust—she helps Jonah gain the confidence he needs to make a better life for Lily. But can she show him that, he too, is deserving of love?

Add in a dash of fairy magic and matchmaking from beyond the grave, and suddenly this small town has a lot more excitement than anything Quinn could find in the city.

Save My Soul by Elley Arden

Psychotherapist Maggie Collins has always been a little off the proverbial wall, but now she’s also knee deep in a delayed quarter-life crisis. With her meager paychecks devoured by student loan debt, a car payment, and rent for office space, living at home with a flighty, folk-singing mother seemed like a good idea . . . at first. Now Maggie’s not so sure. She wants space to sort things out and launch a life of her own, but she needs a cushion of cash to get there. When an unexpected phone call brings an offer Maggie can’t refuse, she’s one deal with the devil away from moving out of her mother’s house.

The devil of contract negotiations, baseball agent Jordon Kemmons, has a problem the usual experts can’t fix . . . his star pitcher is too depressed to throw strikes. Even worse, Jordon’s post-divorce grudge against women is turning him into a raging mess. If desperate times call for desperate measures, then cynical Jordon has made the most desperate move of all. He’s hoping sexy psychotherapist Maggie Collins is the answer to all his rusty prayers.

Soon Maggie and Jordon are fighting an attraction that threatens everything they’ve ever believed. If it’s not just physical attraction . . . if it’s something more, maybe two wrongs can make a right.

Wedding planner Kate Ashby’s fear of flying is eased by a sexy stranger and one slow lip lock that rockets her into another obit.

CEO Luke Cannon has just traded seats with his identical twin. Little did he know that an innocent kiss while pretending he was his brother would soon create havoc.

What happens in the air doesn’t stay up there. Once on tropical land, Kate believes that the handsome stranger who gave her the best kiss of her life is now her new client, Drew Cannon, fiancé to the beautiful and wealthy Lauren Kincaid. While Kate struggles with the intense feelings she thinks she has for Drew, Luke discovers Kate’s been hired to plan his brother’s destination wedding. He also realizes the initial sparks they shared 30,000 feet up are now mistakenly aimed at Drew.

Can Luke get Kate to realize that the feelings she has are for him? He’s got forty-eight hours in paradise to try. 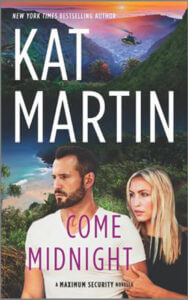