I love being able to support fellow Montana authors, especially when there is synergy involved! Red L. Jameson’s new book is set in Choteau, Montana. This is the same small town that my women’s fiction series, Rocky Mountain Front, is placed. Warning, though: Wild Rose Water is a little spicier than my books! 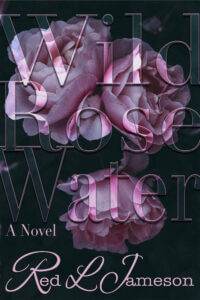 Karina DeRoss lines up forty Ambien, intent on terminal sleep. Just months ago, she lost her only child to a fentanyl overdose. But instead of a final exit, she finds herself in snowy Choteau, Montana, her hometown, rescued by her aging and alcoholic parents. Then she runs into her childhood best friend, the one person she betrayed as much as her Emma.

Darren Hassack promised himself he’d never forgive Karina. Back in junior high, she’d thrown him away for the popular crowd. And she’d known he was on his own without her. His Blackfoot and Hutterite heritage meant he straddled an invisible line of race and “otherness” yet never had a foothold on either side. But one look at his now shattered, long-ago best friend, and he finds himself not only offering his shoulder to cry on but his own home for her to recover, and a job as an extra hand for this year’s barley crop.

A Korean proverb says that when a child dies, you bury the child in your heart. It is a grief swaddled and held close, but it’s nearly unbearable to witness, especially for Darren who has never dealt with his own grief, let alone his loss of trust in Karina. As winter turns to spring and the night stays a midnight blue, grief will break them both. They must decide if they want to rebuild to live, truly live. Wild Rose Water explores the connections we have to our past, to our grief, to the land we call home, and to love.

Ever notice how dirt collects onto a snowflake? Dark matches light. They fuse together, one pattern over another, neither competing, just growing into microscopic lace. Icy dirty lace.

“Ma’am,” he says, scooping up the book that had fallen from my swollen, numb hands onto the frozen sidewalk.

I forgot people say such things. On a street corner in Choteau, Montana, where dingy snow is piled here and there, they do. I’d been staring at dingy snow, noticing the icy dirty lace, how the land here creates dark and light.

Such a little word, ma’am. But the politeness, light, flickers through my thoughts, dark.

His black-felt Resistol’s worn around the brim, barely noticeable gray sweat stains around the band. The hat dives down over his eyes, but I can still see them. Ice-blue, like the primordial glaciers a hundred miles north of here, and glowing in the shadow of his bill. Glaciers gaze down at the title of the book. The Grief We Don’t Speak. His denim-clad arm stretches farther, pretending he hadn’t read those words. Or the subtitle. Bereaving after Our Child’s Death. I expect him to throw the book, impatient from waiting for my sluggish response, and to run. Most people run from me. I became a pariah the day Emma died at thirteen.

I reach for the book, but my fingers slip. I blink and try again, vaguely recalling how to be polite. Smile. I need to smile. But I just can’t.

He steps closer, his long legs in jeans with an ironed crease down each shin. The jeans are worn, like his hat. Worn, but taken care of.

It’s easier to retrieve my book now that he’s nearer, though I haven’t read much of it. Does the book mention how my attention span is less than a Cocker Spaniel with ADHD? And my thoughts, God my thoughts—I’m not sure if I have the same IQ I had four months ago. I feel stupid. I know I must look it with lazy blinks and my mouth agape, wondering if I might scream at any second.

I stuff the book into my idiotic Birkin. The ten-thousand-dollar bag so out of place here in my hometown, a cowpoke village where men wear Wranglers and say “ma’am.” I don’t know why he’s not treating me like I have smallpox. I don’t understand why he’s still standing in front of me, looking down at me, his eyes—light, light blue, like the sky right before a winter blizzard—roaming over my face. A warning bell might be ringing through my skull about him or it could be an old reminder to grab Emma a juice or water about now, because that adorable kiddo of mine is always dehydrated. Was dehydrated. Was. 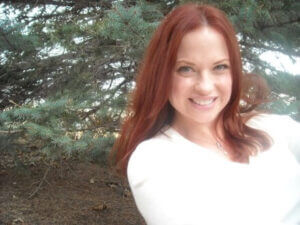 Red L. Jameson lives in the wilds of Montana with her family. While working on a military history master’s degree, she noodled a story that became her bestselling, award-winning romance, Enemy of Mine, part of the Glimpse Time Travel Series. After earning her gigantic master’s—the diploma is just huge, she couldn’t stop noodling stories, more Glimpse stories—because she couldn’t get enough of hunky Highlanders and buttoned-down Brits—and other stories: a paranormal romance series and a contemporary romance series, which grew into the pen name R. L. Jameson, under which she writes cerebral and spicy erotic romance. While working on yet another master’s degree—nowhere near as giant as the first, she wrote her first women’s fiction novels. But no matter which genre she writes, her novels always end with a happily ever after.