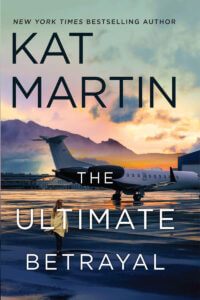 When investigative journalist Jessie Kegan’s father, a colonel in the army, is accused of treason, Jessie is determined to clear his name. Reluctantly, she turns to former Special Ops soldier, Brandon Garrett, her late brother’s best friend—a true heartbreaker, according to her brother.

With danger coming from every angle, time is running out and the game being played is deadly. Working together, Bran and Jessie must risk everything to solve the riddle and confront the threat—before it’s too late.

Blog about The Ultimate Betrayal

People often ask how I come up with ideas for my novels. Sometimes I have no answer—it just seems to pop into my head. Best guess, the kernel of an idea probably came from a newspaper or magazine article or something I saw in a movie. It was probably just so far back I don’t recall.

Before I started to write THE ULTIMATE BETRAYAL, Brandon Garrett’s story, the third book in my Maximum Security Series, I had decided to set a book in Colorado, maybe even a new series. I ran across an article about the Army Chemical Weapons Depot near Fort Carson and started thinking … wouldn’t it make be interesting if someone stole chemical weapons from the depot? I wonder if it could be done? How would the good guys catch the thieves? And so off I went on a story that turned into The Ultimate Betrayal.

Having written over 70 novels since I began way back when, it’s harder and harder to come up with fresh ideas. I do a lot of research for my books. This novel, set around a military base, was particularly difficult. Lots of stuff I didn’t know.

I hope you’ll give THE ULTIMATE BETRAYAL a try, and if you like Bran and Jessie as much as I did, you can also find them in THE CONSPIRACY, Maximum Security book #1 and THE DECEPTION, book #2.

Till next time, happy reading and all best, Kat

New York Times bestselling author Kat Martin is a graduate of the University of California at Santa Barbara where she majored in anthropology and also studied history. Currently residing in Missoula, Montana with her Western-author husband, L. J. Martin, Kat has written sixty-five historical and contemporary romantic suspense novels. More than sixteen million copies of her books are in print, and she has been published in twenty foreign countries. Kat is currently at work on her next romantic suspense. 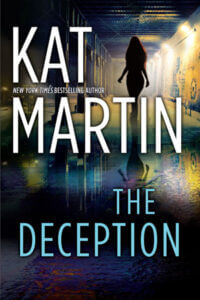 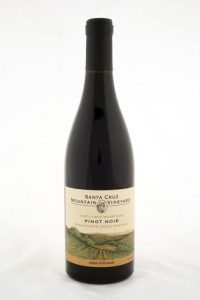