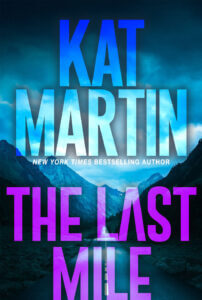 When Abigail Holland awakes to the sound of a nighttime intruder in her rambling Denver Victorian, she knows exactly what the black shrouded figure is after—the map she recently inherited from her grandfather. Whoever he is, the man who grapples with her, then escapes, is willing to kill for the location of a treasure King Farrell hunted for more than ten years. The Devil’s Gold has claimed hundreds of lives, and it was her grandfather’s obsession.

With a killer pursuing her and her own family not to be trusted, Abby decides to take up the search herself. But she’ll need help to do it, and there’s no one better than renowned explorer and treasure hunter Gage Logan. Despite the instant chemistry between them, Gage is reluctant. Innocent people have been hurt on his watch before. But when Abby shows him a genuine gold ingot she found with the map, his curiosity is piqued. Before long they’re heading into the flash floods and brutal winds of the Superstition Mountains, straight into a passionate entanglement—and the dark heart of danger.


Since my new book, THE LAST MILE, the second book in my Blood Ties Series, Gage Logan’s story, is set in Arizona, I thought it might be fun to talk about a place I’m only just getting to know.

Most of the year, I spend my time in the mountains of Montana. I’ve never been much of a desert person, but on a drive from California back to our Montana home, we took a detour that led us to Northern Arizona. It’s far different from the rest of Arizona, over 5,000 feet in altitude, with mountains and pine trees all around. So I felt a connection right away.
We ended up buying a winter home there, and as I grew to love the area, I decided I wanted to write a story set in that location. Since I hadn’t written a treasure hunt book in years, one idea morphed into another and eventually became my new novel, THE LAST MILE.

One of the most famous missing treasures, not just in Arizona, but the world, is the Lost Dutchman Mine. The legend says it’s located in the harsh and dangerous Superstition Mountains of Arizona.

But no matter how much I researched, I couldn’t get a clear idea of what it would be like to search for treasure in such a hostile environment.

Located forty miles east of Phoenix, the mountains have been designated a wilderness area, with no motorized vehicles permitted. Even from a distance, it was a chilling landscape of rocks and sheer cliffs. With its spiky cactus, rattlesnakes, scorpions, and deadly reputation for the deaths of over two hundred people through the years, the place was definitely a good place to set a romantic thriller.

Though we didn’t hike or ride horseback into the hostile interior, I was able to investigate the area around the mountains–the massive cauldron of a long dead volcano, and speak to old Dutch hunters, men who spend their live hunting for the rumored Peralta gold.

In the novel, Gage Logan is a world renown explorer and treasure hunter. When Abigail Holland inherits a treasure map from her grandfather, Gage is the only man she’ll consider hiring to help her find it. It’s high action, plenty of twists and turns, and of course a passionate romance.

Fighting flash floods, brutal winds, and men willing to kill for the treasure, Gage and Abby face the dark heart of danger–but nothing will stop them from finding the Devil’s Gold.