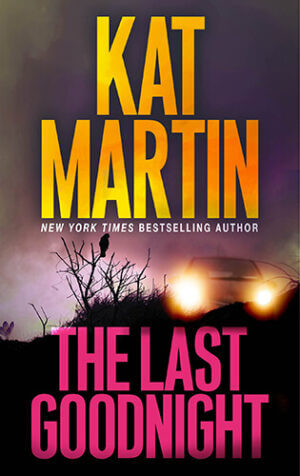 When Kade Logan said goodbye to his estranged wife eight years ago, he never thought it would be the last time he saw her alive. Now her car has been hauled out of a nearby lake and Kade is determined to track down the man who murdered her. Enter Eleanor Bowman, a talented private investigator who’s about to stir up a hornet’s nest on his Colorado ranch.

With old scandals still buzzing about his late wife’s many affairs and new violence erupting, Kade is faced with the discovery of another beautiful woman’s body. Are the two killings linked? Who is the man who seduced, then murdered both women? Ellie believes they are dangerously close to the truth.

From corporate Denver highrises to posh Vail mansions, Kade and Ellie sense the killer is closing in again and this time Ellie is the target. Kade must risk everything to save the woman he’s coming to love—before she becomes the next victim.


I’ve always loved a good plot. People ask me how I come up with ideas for my novels, but much of the time, I really don’t know.

Sometimes the kernel of an idea grows out of a newspaper article or something I see on Facebook or just some old movie. In THE LAST GOODNIGHT, I knew I wanted to write a novel set on a cattle ranch. I love writing Westerns, both historical and modern day.

I was raised in a rodeo family. My grandmother was a wild west rodeo cowgirl back in 1916. My dad was a team roper, my uncle a bullfighter. I’ve spent a lot of time around horses and cattle and always feel at home in that setting.
Since I write romantic thrillers, I wanted to incorporate ranching into the plot.

THE LAST GOODNIGHT is a cold-case murder mystery, something I hadn’t really written before. In the novel, when Kade Logan said goodbye to his wife eight years earlier, he never thought it would be the last time he saw her alive. Then her car is found in a nearby lake and Kade is determined not to fail his dead wife again–this time he won’t rest until he finds her killer.

Eleanor Bowman, a private investigator, joins him in the search. Having been raised on a ranch in Wyoming, Ellie is able to fit in undercover on the ranch.

And of course the chemistry between the two is hot from day one.

The plot challenged me, and the Colorado ranch setting provided an intriguing background. I hope you’ll watch for THE LAST GOODNIGHT and that you enjoy it.

Next up for me is THE LAST MILE, the second Logan brother, Gage, a world renown explorer, the man Abigail Holland hires to find her grandfather’s missing treasure. It’s a high-action adventure I hope you will watch for.

Till next time, happy reading and all best, Kat