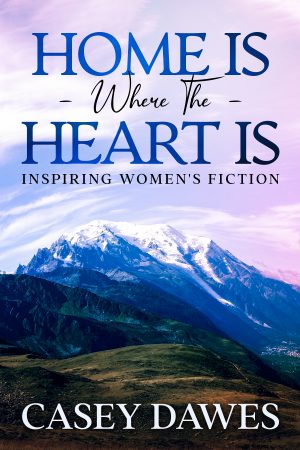 CJ Beck is a photojournalist who can no longer take a steady picture.

Forced to return stateside for some “rest,” international photojournalist CJ 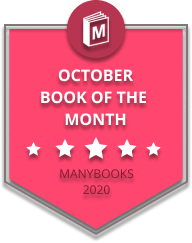 discovers home is anything but peaceful. Therapy forces her to relive the worst year of her life. Her family’s ancestral ranch is threatened by outside financial forces. Worst of all, the guy that broke her heart is back in town, reminding her of how life could have … should have … been.

Step by step, CJ strives to put the past in perspective so she can get back to the profession she loves. But the spirit of Montana whispers that she can’t run away forever. At some point she has to stand up and fight for her family and what she believes?

A woman’s fiction novel filled with vivid descriptions of the Rocky Mountain Front, small-town life, and strong, complex characters, Home Is Where the Heart Is takes an inspirational look at one woman’s choices and the courage it takes to examine them.

Come home to small town Montana for the start of an inspirational journey. Get Home Is Where the Heart Is, Rocky Mountain Front Book 1 today.

Where to Get It

CJ Beck forced herself out of the nightmare of desert heat and blood and opened her eyes.

Moonlight bounced off the snow outside and lit her childhood bedroom with the cold glow of a Montana winter. Even under piles of quilts, she shivered. Thinned by years in the Middle East, her system could no longer handle Rocky Mountain temperatures. Only the dry air was familiar.

She lay still for a few minutes, scanning the walls of the room that reminded her of someone she used to know. Framed photographs threw shadows—photos she’d taken of every animal on the ranch before she’d fled the pain after high school graduation. In the last two decades, she’d schooled herself enough that the hurt no longer made its way past the steel walls of her will.

She threw back the covers. Chamomile tea and a sweet would help her drift back to sleep, maybe even one without dreams. Sliding her feet into fur-lined slippers, she pulled on a heavy flannel robe and left her haven on the upstairs floor. Out of habit she tiptoed past her brothers’ rooms, even though they were empty now. Jarod had taken over the guest suite downstairs, leaving the master bedroom bare. Dylan had his own cabin on the ranch, full of canvas and paint. Kaiden yanked oil from the ground somewhere in Wyoming, and Cameron was in the same desert hellhole she’d just left.

She padded into the kitchen. God bless Birdie. The housekeeper had left a full kettle of water on the stove, teabags, cup, and spoon to the side. CJ lifted the cookie jar lid without a sound—an art practiced from the time she was nine.

As the water heated, she lost herself in the moonlit Rocky Mountain Front marching south, snowy peaks etched with granite lines. She used to know them all by heart. Her fingers traced the peaks on the cold glass. If she could bear to pick up her camera again, the moonlight-outlined shapes would make an eerie picture.

But the bag full of lenses and camera bodies that had been permanently attached to her for decades was no longer in her reach. She’d packed it away when she’d returned to the ranch.

She didn’t belong here. Not anymore. Jarod had made sure she knew the ranch ran fine without her. Dylan was kind in his vague kind of way. Birdie fussed, but she didn’t seem to know what to do with the woman living upstairs.

Other than to leave out tea and cookies at night.

CJ smiled. When all else failed a western woman, she baked.

Why couldn’t she wrap herself in the cocoon of Birdie’s love like she had when her mother had gotten sick?

Because at thirty-five she was all grown up. What a joke that had turned out to be. But it meant she had to kick her own self in the butt and get on the horse again—no one else was going to help her.

Tomorrow. She’d call the bureau chief tomorrow—get some kind of estimate as to when they’d let her return to work. She hadn’t been injured, not physically, anyway. How long could they keep her on bereavement leave?

Her mind returned to the desert, and she barely tasted the bite of ginger in the molasses cookie she dunked into the tea before pushing it into her mouth. She needed to get past her phobia about the camera and get back to work—it was important. People needed to know the demons loose in the world, and she needed to tell them in the only way she knew how—with her pictures. Some said she was cold-blooded, but it wasn’t true. It was only the face she showed the world.

The pictures of ordinary life—kids laughing, men dancing, and women doing embroidery work as they gossiped—no one ever saw those. No one ever would. They were her proof that she still had a soul, even though the last thing she’d done before her husband was killed was to tear at his flesh with words.

All that was behind her. She’d learned her lesson—finally. Men couldn’t to be trusted. Her father’s betrayal hadn’t done it. Nor had a broken heart brought on by her high school boyfriend. Nope. It had taken the third affair by her husband of five years for her to finally get the message.

But she was strong. She’d survived all that crap. If she had to walk alone, so be it.

She placed the cup in the sink gently, so not to wake Birdie, who slept in the spacious set of rooms behind the kitchen. Then she slipped back upstairs.

Home Is Where the Heart Is


“This is one of those books that gets you hooked from the start.” ~ Connie M., Amazon

“I was captured from the beginning …” ~ Amazon Customer