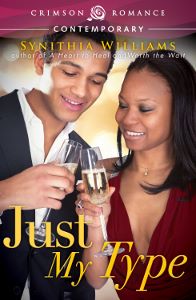 Janiyah Henderson may be an adult, but her dad doesn’t see it that way. Granted, she’s enjoying her post-college life of little-to-no responsibility, but when her dad announces at a family meeting that she can’t handle working a “real job”, there’s only one thing to do: land a desk job and prove him wrong. When her brother’s best friend, Fredrick Jenkins, needs a new assistant, she knows she’s the perfect candidate. So what if she’s had a crush on the conservative accountant since she was nine? She’s the last woman Freddy would fall for.

But Fredrick is far from impervious to Janiyah’s charms. Though he can’t help but be attracted to her, he knows Janiyah is more interested in eating his cereal and teasing him than viewing him as more than the good guy next door. When he offers her the job, he can’t imagine her giving up her late mornings and colorful outfits for 8:00 a.m. meetings and pantyhose for too long. But as Janiyah excels as his employee, he fears he’s in danger of falling hard for a woman he shouldn’t care for.

Pretty soon the attraction they’ve tried to ignore boils to the surface. And after Fredrick shows Janiyah the man behind the numbers, she’s ready to show him that she’s just the type of woman he needs.

The brother’s best friend is a theme in romance that I absolutely love. Throw in a heroine falling for the friend who is completely opposite of her and I’m ready to dive right in. I love those stories because even though the hero and heroine thing their differences will prevent a relationship from working, as they fall in love they discover how they’re more alike than different.

It happened with me and my hubby. We are so different, but that’s what make us stronger as a couple. I’m easily frustrated, and he’s more willing to take his time. He’s more confrontational, and I’m more likely to take the passive aggressive route to get what I want. He speaks with no filter, I’d rather keep quiet on certain things than rock the boat. He loves giving cards on special occasions, I have to set a reminder that the occasion is coming up. You’d think that we’d be constantly arguing, but instead we’ve leveraged our differences to make the other stronger when necessary.

It’s why I believe that opposites attracting doesn’t have to be a bad thing. When I got the idea for Just My Type, I knew that although Janiyah and Fredrick were completely different, they’d be perfect for each other. She’s not interested in being a nine-to-five corporate worker and is enjoying being young and carefree. While Fredrick is the hard working business owner who updates his life plan every year. But when they come together the sparks between them burns away all the reasons they should ignore how they feel. It takes falling in love for them to realize that what makes them unique is also what makes them perfect for each other.
What’s so appealing of an opposites attract romance? 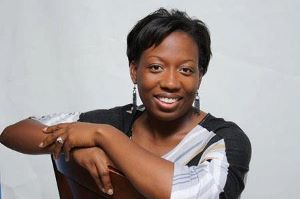 Synithia Williams has loved romance novels since reading her first one at the age of 13. It was only natural that she would begin penning her own romances soon after. When she isn’t writing, this local government gal balances the needs of her husband and two sons.