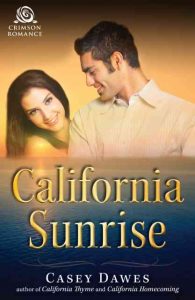 Alicia’s son, Luis, may be suffering from Asperger’s Syndrome, but he’s too young for a definitive answer. She’s struggling with his care, holding down a job, and going to school. All she wants is a chance to stand on her own two feet.

Dr. Raul Mendez lost everything at sixteen when the rest of his non-US-citizen family was deported. In spite of depression that has dogged his life, he’s managed to become a pediatrician with a specialty in childhood development. Alicia brings something special into his life, but their opposing points of view may keep them from ever finding love.

Alicia’s heart ached as she walked to her fourth-hand sedan. Damn Graciela! First she’d stolen her boyfriend, Eduardo, by filling him with lies about her sexual activity and now she was making her look bad in front of the doctor.

If only she were a child and could get away with ripping the bitch’s hair out.

When she reached the car, she yanked open the door. The hinges squealed.

Plunking herself down in the driver’s seat, she pulled the protesting door closed and rolled down the windows to let air into the stuffy vehicle.

“Alicia! Wait!” Dr. Mendez jogged toward the car. Even as angry as she was, she noted the easy way he covered ground.

The doctor placed his hands on the car door and leaned down, the piney scent of his aftershave slipping into the car, an advance scout of his intentions.

The June heat scorched the inside of the car.

Hell is for those who lie within fifteen minutes of Mass.

“I meant what I said about meeting you for coffee. I’d like to give you all the help I can with Luis.” The doctor swallowed.

He raked his hand through his hair. “I told you—getting to know how Luis responds to different techniques will help my other patients, too.” He hesitated, as if unsure what to say next.

“Do you do this for all your patients?”

“I do what I can for all my patients.” He looked off toward the mountains, then leaned back down, a shadow in his eyes. “One of my cousins had Asperger’s. Of course, we didn’t know what it was in those days; we just knew he was difficult. His parents had a tough go of it with him.”

“I’ll manage. I have my grandmother. The book’s very useful. Thanks for the loan. I’m sure I can figure it out, even if I only have a high school diploma.” Who knew what nonsense Graciela had told him.

“Alicia, I didn’t mean it that way.” His hand gripped the windowsill. “Look, you said you wanted to be the best mother you could for Luis.”

She shifted her gaze to the steering wheel and nodded.

“So meet me for coffee. I know you can read the book. I want to hear what reaction Luis has to the things you try. Think of it as doing me a favor.”

What if what he learned from her made another woman’s life easier? Maybe it would be worth having coffee with him, as awkward as it might be. And the inevitable gossip.

“People might talk—see more than coffee. Watsonville’s a small town.”
“Will that bother you?”

“They’ll think what they want anyway.” She shrugged. “If it’ll help, I’ll show up. Where will you be?”

“Let me have your number, and I’ll call you tomorrow.” He pulled out his cell phone.

“Raúl, please. If we’re going to scandalize the community by having coffee, the least you can do is call me by my first name.” He smiled at her.

“Okay … Raúl.” Their gazes held for a few seconds longer.

“See you next week.” He tapped lightly on the car roof before heading toward another section of the parking lot.

May Stories About Love Giveaway

Every month in 2015 Casey is doing a giveaway to celebrate California Sunrise, the final book in the California Romance series.  Click here to enter the Stories About Love contest for May!