When I arrived on the Blackfeet Indian Reservation in northwest Montana to teach junior high in the fall of 1976, I had no idea what I was getting into. Nor did I understand how the next three years would impact my life and perspective. I did learn a lot about the conflict between natives and Europeans, but not nearly enough about how it played out in modern life, or how little I understood about myself in relationship to the native culture. At the time, cultural revival was stirring, and the first coloring book using the Blackfeet language was produced.

Fast forward about 45 years. Over the past month or so, we’ve been in the thick of historic places of conflict between southwestern natives and whites, each other, and the fringes of the Civil War. I listened to a podcast from Run for Something where a Tohono O’odham Nation woman talked about being elected as the Pima County (Tucson area) Recorder. In the process of her story, she told how her grandmother, a native American who could not speak English, only voted for the first time in 1975. (You can listen to this and other RFS podcasts by clicking here.)

On my quest for National Park/Monument stamps for my Passport book, my husband and I have visited many sites that included areas of conflict. For example, Fort Bowie was set up to monitor the Apache Pass and keep travelers safe from the Chiricahua Apache. No one thought to keep the natives safe from the US Army.

A back road took us to the Abó ruins of the church built to convert the Towa-speaking Pueblo natives to Catholicism. This was accomplished by two friars who convinced (?) the natives their way was better. Curiously, there is a kiva ( a circular chamber used for Pueblo religious rites in the center of the convento (convent). This curiosity recurs in the Pecos Pueblo church. 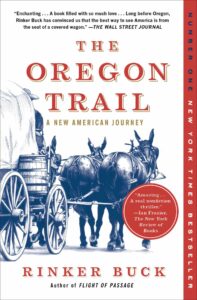