Joanie Bigbee, cupcake baker extraordinaire, likes to keep her options open–and she’s good at it. She’s started and sold some 30 businesses in her postage stamp-sized Tennessee town, and at the moment she can be found in a short skirt and go-go boots, selling cupcakes out of the back of a converted Volkswagen van. What she moves on to next is anybody’s guess. She knows better than to be tied down. In any way. She’s watched every woman in her family fall head-over-heels, only to find themselves wondering how to pick up the pieces when love is lost.

When Nick Dalton shows up at the groovy cupcakery, all Joanie wants is a taste; a fling with no strings suits her just fine. But for Nick, a bite is not enough; he wants the whole cake: a big house, a family, true love. But love only makes you stupid, right? Joanie has to decide whether to follow where her free-spirit leads? or hold on to the sweetest thing she’s ever known.

I had a really good time with this book.  It was light-hearted, but still had substance. In enjoyed Joanie’s cupcake sugar character. I would love coordinated go-go boots to go with my cupcake icing.  What a fun idea! Nick is so steady–just the antidote that Joanie needs to get past her belief that true love will pass you buy.

A great way to start the new year with romance.

Sweet Nothings is the December romance pick for the Kindle First program!!

That means that Amazon Prime members get to choose one of four editor picks (one month before release date) and get the book for free. Non-Prime members can choose one of the four books and pay only $1.99. This goes for the whole month of December, and then the books officially release on January 1.

For more information about the Kindle First Program, click here. 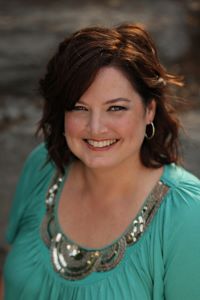 Award-winning author Kim Law wrote her first story, “The Gigantic Talking Raisin,” in elementary school. Although it was never published, it was enough to whet her appetite for a career in writing. First, however, she would try her hand at a few other passions: baton twirling, softball, and music, to name a few. Voted “Bookworm” and “Most Likely to Succeed” in high school, she went on to earn a college degree in mathematics.

Law spent years working as a computer programmer and raising her son, and she now devotes her time and energy to writing romance novels (none of which feature talking raisins).

She is a Romance Writers of America’s RITA® finalist, a past winner of the RWA’s Golden Heart® Award, and currently serves as president for her local RWA chapter. Her books can best be described as a light-hearted mix taking her readers on a sexy, fun, and emotional ride. A native of Kentucky, she now lives with her husband and an assortment of animals in her Middle Tennessee home.

Grand prize will be a cupcake basket with: